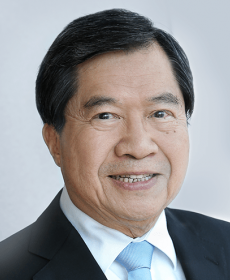 James L. Go is the Chairman Emeritus and member of the Board of Directors of RLC. He is the Chairman of JG Summit Holdings, Inc. and Cebu Air, Inc. He is also the Chairman and Chief Executive Officer of Oriental Petroleum and Minerals Corporation. He is the Chairman Emeritus of Universal Robina Corporation, JG Summit Petrochemical Corporation, and JG Summit Olefins Corporation. He is the Vice Chairman of Robinsons Retail Holdings, Inc. and a director of Marina Center Holdings Private Limited, United Industrial Corporation Limited, and Hotel Marina City Private Limited. He is also the President and Trustee of the Gokongwei Brothers Foundation, Inc. He has been a director of the Philippine Long Distance Telephone Company (PLDT) since November 3, 2011. He is a member of the Technology Strategy Committee and Advisor of the Audit Committee of the Board of Directors of PLDT. He was elected a director of Manila Electric Company on December 16, 2013. Mr. Go received his Bachelor of Science Degree and Master of Science Degree in Chemical Engineering from Massachusetts Institute of Technology, USA. 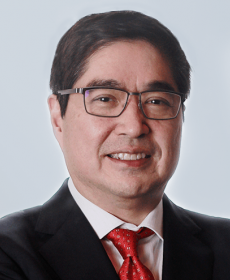 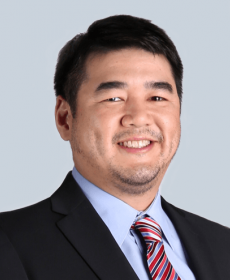 Patrick Henry C. Go was elected as a director of RLC on January 17, 2000. He is also the Executive Vice President of URC. He is the President and Chief Executive Officer of JG Summit Petrochemical Corporation, JG Summit Olefins Corporation. He is also a director of JG Summit Holdings, Inc., Robinsons Land Corporation, Robinsons Bank Corporation, Global Power Business Corporation, and Meralco Powergen Corporation. He is a trustee and treasurer of the Gokongwei Brothers Foundation, Inc. He received a Bachelor of Science degree in Management from the Ateneo de Manila University and attended the General Manager Program at Harvard Business School. Mr. Patrick Henry C. Go is a nephew of Mr. John L. Gokongwei, Jr. 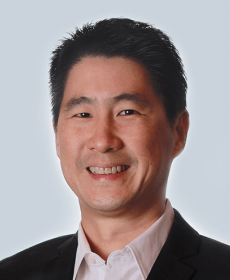 Johnson Robert G. Go, Jr. was elected as a director of RLC on May 29, 2005. He is currently a director of JG Summit Holdings, Inc., Universal Robina Corporation, Robinsons Bank Corporation and A. Soriano Corporation. He is also a trustee of the Gokongwei Brothers Foundation, Inc. He received a Bachelor of Arts degree in Interdisciplinary Studies (Liberal Arts) from the Ateneo de Manila University. He is a nephew of Mr. John L. Gokongwei, Jr. 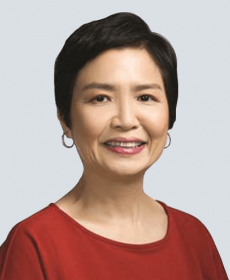 Robina Gokongwei-Pe was elected as a director of RLC on May 5, 2005. She is the President and Chief Executive Officer of Robinsons Retail Holdings, Inc. She is also a director of JG Summit Holdings, Inc., Robinsons Land Corporation, Robinsons Bank Corporation and Cebu Air, Inc. She is a trustee and the secretary of the Gokongwei Brothers Foundation, Inc., and a trustee of the Immaculate Concepcion Academy Scholarship Fund. She is also a member of the Xavier School Board of Trustees. She was also a member of the University of the Philippines Centennial Commission and was a former Trustee of the Ramon Magsaysay Awards Foundation. She attended the University of the Philippines-Diliman from 1978 to 1981 and obtained a Bachelor of Arts degree (Journalism) from New York University in 1984. 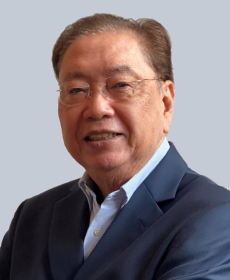 Bienvenido S. Bautista has been President or Managing Director of many companies in the Pharmaceutical and Fast-Moving Consumer Goods Industries: Universal Robina Corporation, Kraft Foods South/Southeast Asia, San Miguel Beer, San Miguel Foods, Kraft General Foods Philippines, Warner Lambert Indonesia and Philippine International Trading Corporation – Pharma. Currently he is an Independent Director of Goldilocks Bakeshop Inc, Flexo Manufacturing Corporation, DPP Ventures Inc (Domino’s Pizza Philippines – Chairman of the Board), Mega Global Corporation, Directories Philippines Inc. and YMCA Makati. He is Chair of the Audit Committee of the Ateneo De Manila University. He is a Fellow of the Institute of Corporate Directors and currently is a member of the teaching faculty; was a former Trustee, where he was the Chair of the Fellows Committee. He was a Director of Ayala Pineridge Corporation where he was president for 7 years, and director of QBE Seaboard Insurance where he was the chair of Related Third-Party Transactions Committee. He was part of the start up of the Luxid Rotary Microfinance and Credit Cooperative in Pasig where he was Coop Secretary. Mr. Bautista graduated from the Ateneo De Manila University with a degree in Economics and took his MBM from the Ateneo Graduate School of Business. Mr. Bautista was the first Asian and Filipino to be appointed Chair of the Board of Trustees of the Jakarta International School, he is an Agora Awardee for Excellence in Marketing Management, a CEO Excel awardee for Excellence and Boss of the Year given by the Philippine Association of Secretaries. 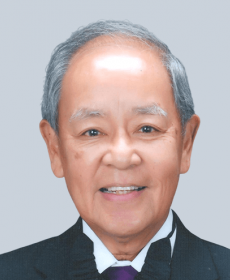 Roberto F. de Ocampo was elected as an independent director of RLC on May 28, 2003. He is the former Secretary of Finance and former President of the Asian Institute of Management (AIM), one of AsiaAsia'sding international business management graduate schools based in the Philippines. He is, among others, currently, the Chairman of the Philippine Veterans Bank and Chairman of the Board of Advisors of the RFO Center for Public Finance and Regional Economic Cooperation (an ADB Regional Knowledge Hub), Vice Chairman of the Makati Business Club, Chairman of the Foundation for Economic Freedom (FEF), and past President of MAP. As Secretary of Finance of the Republic of the Philippines from 1994-1998 during the presidency of Fidel V. Ramos, he was named Global Finance Minister of the year in 1995, 1996, and 1997. He was previously Chairman and Chief Executive Officer of the Development Bank of the Philippines during the presidency of Cory Aquino and Chairman of the Land Bank during the Ramos Administration. Dr. de Ocampo graduated from De La Salle College and Ateneo de Manila University, received an MBA from the University of Michigan and holds a post-graduate diploma in Development Administration from the London School of Economics, and has four doctorate degrees (Honoris Causa) conferred by the De La Salle University in Business Administration, by the University of Angeles City in Public Administration, by the Philippine WomeWomen'sversity in Laws and by the San Beda College in Humane Letters. Dr. de Ocampo was a member of the Board Governors of the World Bank, IMF, and ADB and was Chairman of the APEC and ASEAN Finance Ministers in 1997-98. He was awarded by Queen Elizabeth the Most Excellent Order of the British Empire (OBE), by France as a Chevalier (Knight) of the Legion d'Hod'Honneurd by the Vatican as Knight of the Holy Sepulchre of Jerusalem. He receives many other awards, including the Philippines Legion of Honor, ADFIAP Man of the Year, Ten Outstanding Young Men Awards, CEO Excel Award, several Who’Who's Awards, and the 2006 Asian HRD Award for Outstanding Contribution to Society. He is also a member /Advisory Board Member of several critical global institutions, including The Conference Board, the Trilateral Commission, the BOAO Forum for Asia, the Emerging Markets Forum, and The Global Reporting Initiative (GRI). 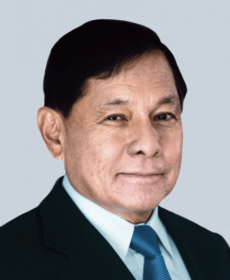 Omar Byron T. Mier was appointed as an Independent Director of RLC on August 13, 2015. He is also a Director of Robinsons Bank Corporation and Legaspi Savings Bank. He is also a director of Paymaya since 2016 and Chairman of the Board and Audit Committee, a director of RCBC Leading Corp., and a member of the Audit Compliance Committees since 2018. Before joining RLC, he was the President and CEO of the Philippine National Bank from 2005-2010, then from 2012 to 2014. He also worked at Deutsche Bank Manila as Deputy General Manager and Head of the Corporate Banking Group. He also worked for Citibank Manila in various positions, such as Head of the Multinational Corporations Group, Head of the Local Corporate Group, Head of the Risk Management Group, Headed the Remedial Management Group, and Senior Credit Officer. He was also a Senior Credit Officer at Citibank Malaysia (for both Kuala Lumpur and Penang branches). He is a lecturer for credit and corporate finance at the Citibank Training Center in Singapore, and a Guest Risk Asset and Credit Reviewer for various branches in Malaysia, South Korea, Indonesia, Thailand, and Hongkong. He obtained his Bachelor of Science in Business Administration, Major in Accounting, and Bachelor of Arts in Economics. He is a Certified Public Accountant.